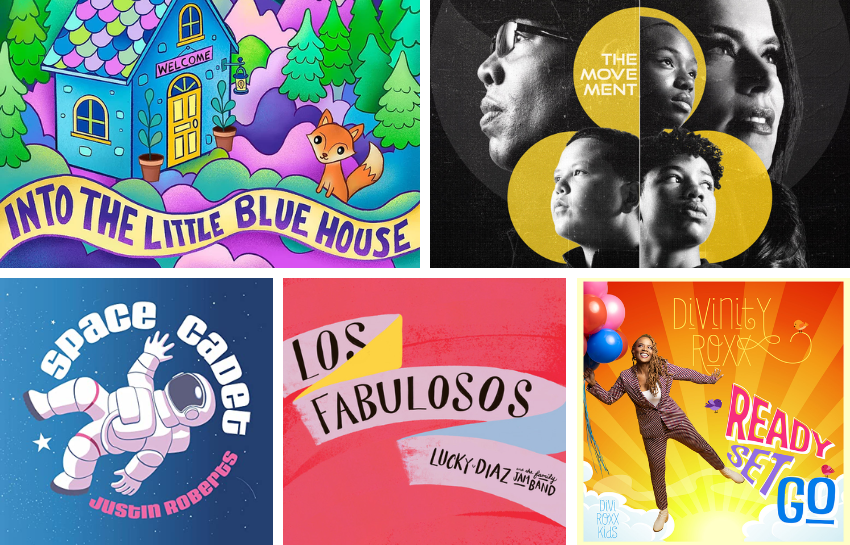 Did you know there is a GRAMMY Awards category for Best Children’s Music Album?

The GRAMMY Awards, simply known as the GRAMMYS, are awards presented by the Recording Academy to recognize outstanding achievements in the music industry. They are regarded by many as the most prestigious, significant awards in the music industry worldwide. That includes children’s music.

Nominees for the 2023 GRAMMY award for Best Children’s Music Album include traditional sounding sing-along music that easily registers as “music for kids” — though perhaps not as repetitive as the ubiquitous ‘Baby Shark’. (The mere mention of it has started a Baby Shark loop in your head, no doubt!)

But this year’s nominees also include performers of ‘Kindie’ children’s music.

What is Kindie Music?

Kindie is a mash-up of the words kids and independent.

Over decades only a handful of musical genres were represented in children’s music. Then came Kindie music which started to break from the traditional styles and sounds. With the door now open to artists from outside that traditional mold, we’ve begun to see music that truly reflects the listening preferences of families by spanning a multitude of genres including country, rock, jazz, hip hop, and blues.

In their GRAMMY nominated children’s album, Into the Little Blue House, Chicago-based Kindie performers Wendy & DB (Wendy Morgan and Darryl Boggs) teach children traditional blues tunes as well as introduce listeners to songs that lift them up in both mind and spirit.

Another Kindie music nominee is The Movement by Alphabet Rockers, a hip-hop children’s music collective based in Oakland, California. Per their website, the album reflects “… listening and learning, centering the voices of our community. Each song begins with a question — and for this album, our collective asked questions about how to create a world of justice and belonging.”

We’ve created a Jooki playlist on Spotify of all the GRAMMY nominated Best Children’s Music Albums. Assign it to a Jooki token or character figure for your children. Ask them which album they would award as their favorite. Listening to the lyrics and asking your children to interpret them is a wonderful way to engage in meaningful family conversations. Give it a try!

Follow @jookiplay for ways to reduce screen-time and give your children the benefit of independent play and learning with Jooki.