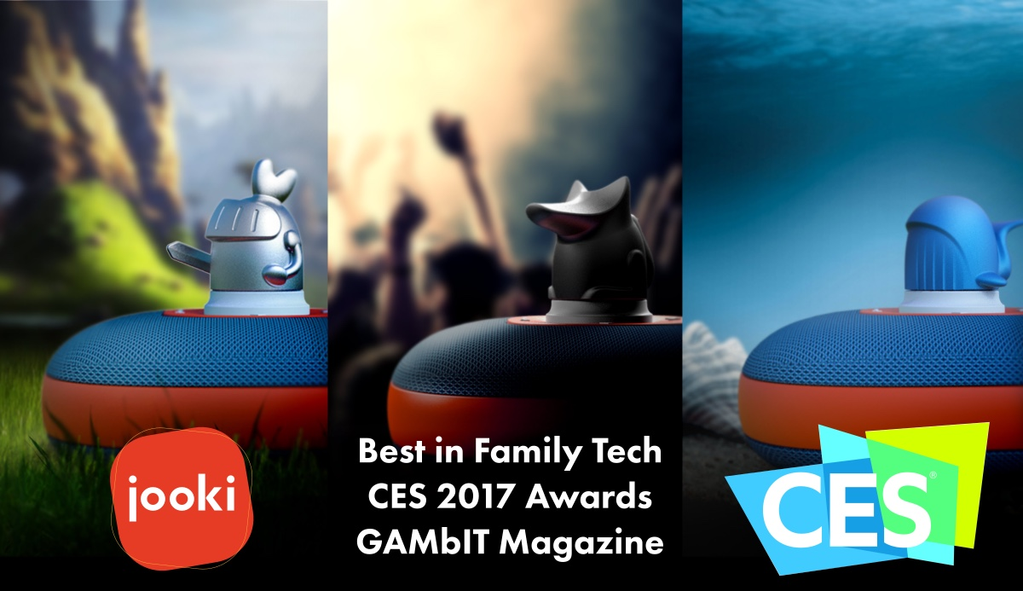 Thursday, January 12, 2017 — CES is the largest consumer electronic show in the United States. It’s the sort of place where you see the direction the industry is taking (sometimes by force), and where new technology develops. There are booths with dozens upon dozens of workers showing off all sorts of innovations, and there are booths with only two people trying to break into a highly competitive industry.

This list showcases the things that caught GAMbIT’s eye at CES 2017 while we wandered the ever expansive floor(s). From apps to androids, from VR to self driving cars, these are all the ‘Gambit Award Winners’ for their respective categories and are all bits of tech that you are going to want to keep an eye on for in 2017 and beyond.

Jooki is a music player with a simple, intuitive user interface for all ages that works much in the same way as the amiibo. Jooki is a standalone jukebox that plays from on-board storage and also a wireless speaker that streams from the phone or the cloud.

Jooki – The Jukebox For Kids (Explainer)