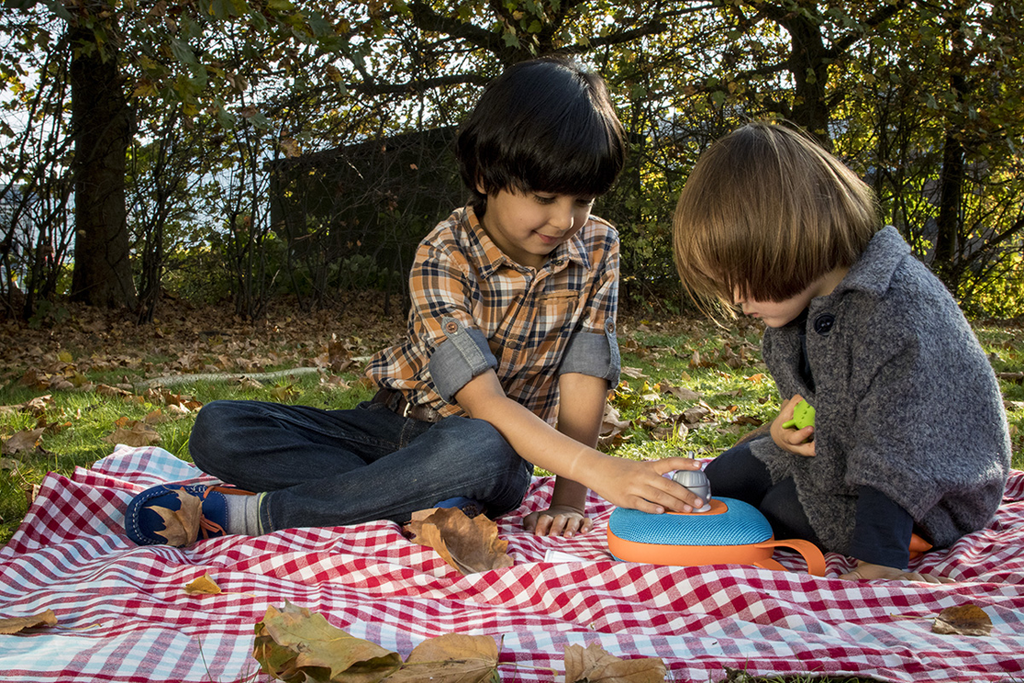 Jooki, the smart music speaker for kids, is available! It’s a Belgian creation

Jooki launched on Kickstarter (the crowdfunding platform) in the summer of 2016 and is still to date one of the most successful campaigns started from Belgium, with backers all around the world. It took about one year to the 3 co-founders, engineers and dads at the same time to finalise the design and bring Jooki to life. In 2017, the team grew to 7 people to give the last push and bring the creation to market for Christmas.

Jooki is launching in Belgium and in Europe and is now available for €199 on the web shop jooki.rocks !

Jooki is so easy to use, kids starting at 3 years old can play music on Jooki. They just have to place a character on Jooki and it works! Each character is linked to a whole playlist, not only one song. The characters fit on Jooki so well that kids can take Jooki wherever they want. Jooki can be used 8 hours straight without recharging.

Kids use it independently, but parents are in control

“This is the product I have been looking for. The parental controls look really well designed and the rematerialisation of music is a great idea.” says Juan Bossicard, happy backer from Kickstarter.

Jooki is designed to be used by kids, but parents are in control of the content. No more random nursery rhymes found on Youtube, parents choose the songs and stories they want to share. Parents are also in control of the volume, they can adjust it directly in the app. Jooki even comes in kids safe mode, with a moderate volume setup.

But most of all, there is no screen in sight! Kids can play, move, dance, communicate with the family while Jooki is playing their favourite song.

Jooki connects to the WiFi, parents can upload music from files (MP3, AAC, etc.) or they can add a streaming service or a web radio. From Jooki’s app (mobile or web), parents can create playlists and link them to a character.

Music on the go